Who was the greatest Indian warrior in the history of India?

When someone ask this question the name that comes to my mind is Lachit Borphukan, and I am pretty sure 90% of the Indian population have not heard a word about him because he hails from such a corner of the country which got hardly breached by any other mainland dynasty until the British. 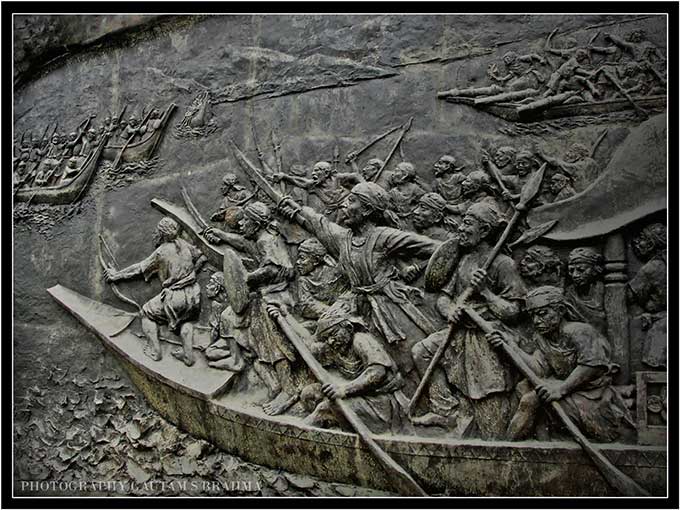 In this battle the weaker, the Ahom Army defeated the Mughal Army by brilliant uses of the terrain, clever diplomatic negotiations to buy time, guerrilla tactics, psychological warfare, military intelligence and by exploiting the sole weakness of the Mughal forces,its navy.

Lachit’s patriotism and devotion to his land is best described by the battle of Saraighat where he even went to the extent of beheading his own uncle for the sake of his land. During the preparations for the battle he ordered an earthen wall for fortification to be constructed within one night and employed his maternal uncle as the supervisor.Late in the night when Lachit came for inspection, he found that the work was not progressing satisfactorily. When asked for an explanation, his uncle tried to cite tiredness, at which negligence of duty, Lachit became so furious that he beheaded his uncle on the spot, saying “My uncle is not greater than my country”. The barrier was completed within that night and the remains of this fortification are still known as “Momai-kota Garh” or “The fortification where the uncle was beheaded”. But this great general of the Ahom Army was finally defeated by illness that killed him very soon after the victory at the battle of Saraighat. Lachit Borphukan’s last remains lies in rest at the Lachit Maidam built in 1672 by Swargadeo Udayaditya Singha at Hoolungapara 16 km from Jorhat. On 24th November each year Lachit Divas is celebrated in Assam as a State holiday to commemorate the heroism of the great general Lachit Borphukan and the victory of the Assamese Army at the battle of Saraighat.

Lachit Borphukan’s bravery and tales of patriotism remained confined to the State of Assam for almost three centuries until the nation was introduced to the great general on November 14, 2000, when his statue was unveiled at the National Defense Academy in Khadakvasla, near Pune in Maharashtra by Lt. Gen. S.K. Sinha (Retd), the then Governor of Assam. Sinha is responsible for initiating the process of getting Lachit Borphukan his due from the Nation. On 24 November each year Lachit Divas is celebrated statewide in Assam to commemorate the heroism of Lachit Borphukan and the victory of the Assamese army at the Battle of Saraighat.

Adventure trip to Meghalaya- Is it a good idea for couple?

7 Reasons why NorthEast India is not for everyone

Why shouldn’t you miss out on Pura Maas Pitika or Khorikaa when you’re in Assam! Choukascribbled

Is it safe for woman to go alone in Meghalaya?

Shiroy Lily of Manipur and Arjuna of Mahabharat

A Must Watch and Share – Awesome Meghalaya Tourism Video from...

North East India : The untouched beauty that can give you...

This Village in NorthEast receives the first sunlight in India

12 Years old girl’s letter to PM for including Northeast’s History...

JONBEEL MELA – only fair in India where you can experience...

Proud to see Traditional dance of Manipur being presented in Japan